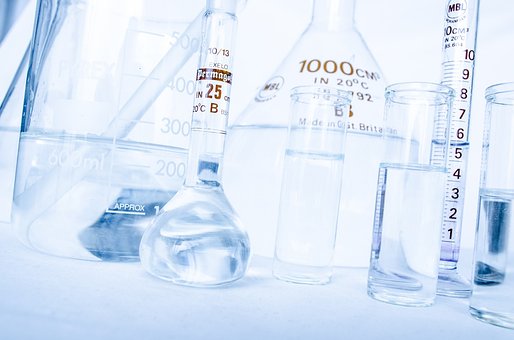 The impact of COVID-19 pandemic can be felt across the chemical industry. The growing inability in the production and manufacturing processes, in the light of the self-quarantined workforce has caused a major disruption in the supply chain across the sector. Restrictions encouraged by this pandemic are obstructing the production of essentials such as life-saving drugs.

The nature of operation in chemical plants that cannot be easily stopped and started, makes the operational restrictions in these plants a serious concern for the industry leaders. Restricted and delayed shipments from China have created a price hike in the raw materials, affecting the core of the chemicals industry.

The slacking demand from different impacted industries such as automotive is negatively influencing the growth of the chemical industry. In light of the current crisis, the market leaders are focused to become self-reliant which is expected to benefit the economic growth of different economies in the longer term. Companies are triggering events to restructure and recover from the losses incurred during the COVID-19 pandemic.

Extensively used as an intermediate raw material in the manufacturing of polytetramethylene ether glycol (PTMEG), tetrahydrofuran (THF) is witnessing an equally robust demand from synthetic textiles manufacturers. Asia Pacific remains the global hub for THF market, in terms of both value and volume.

According to a new market research intelligence report released by Persistence Market Research, the approximately US$ 1.5 billion tetrahydrofuran market is projected to display a roughly 7% growth in the global revenue in 2019. The consumption volume of THF is projected to reach over 780 KT towards the end of 2019, as indicated by the report.

“PMR expects the next five years to be crucial for the THF market and the global consumption volume to surpass 1,000 KT in 2023,” says a senior research analyst at the company, specialized in the industrial chemicals domain.

While around 70% of the total revenue is accounted by the applications of tetrahydrofuran in PTMEG manufacturing, the report projects that THF application as a solvent will remain the second largest revenue generator. The latter is prominently driven by PVC manufacturers, and industries producing and processing coatings and adhesives.

Another strong factor spotted to propel THF consumption is sustained long-term contractual agreements of manufacturers with leaders in polymer and pharmaceutical industries, over the consistent supply of tetrahydrofuran.

Elaborating on the emerging scope of applicability of tetrahydrofuran, the analyst says, “THF-based PTMEG is clearly discovering a broadening spectrum of industrial applications, whereas our research discovers elevating demand for THF as a key industrial solvent for adhesives and coatings – pushing the revenue growth of solvents segment. The widening industrial applicability of THF as a resin solvent in PVC pipe cement is emerging as an important driver accelerating the tetrahydrofuran market performance”.

With a growing consumer inclination towards synthetic textiles such as spandex, the manufacturing of spandex is most likely to receive a boost across various end use applications, especially sportswear and specialty textiles. Massive investment in spandex manufacturing has been pushing the growth of tetrahydrofuran market in recent years.

Spandex, the most popularly used synthetic fiber for textile apparel, continues to witness dramatic adoption for improved material attributes – especially superior elasticity. Apart from comfortable clothing, growing consumption of spandex for medical related applications is likely to fuel the sales of tetrahydrofuran on a global level.

In addition to the flourishing industrial horizon on the backdrop of expanding population, strong market presence of globally leading synthetic textiles manufacturers is likely to be responsible for global dominance of APEJ in the THF landscape. Nearly 60% share of the current revenue of tetrahydrofuran market belongs to APEJ, followed by Europe. The report expects that tetrahydrofuran manufacturers will experience a major push from India’s pharma space and China’s large scale spandex manufacturing landscape.

Robust polymer industry growth across Asian economies, particularly China and India, plays a vital role in encouraging growing THF volumes consumed as a solvent for industrial applications across the region.

The report however points to a strong possibility of the market encountering the challenge due to oversupply of THF, predominantly attributed to the low price point affordable for stakeholders across developing economies. “Although several leading players in tetrahydrofuran manufacturing landscape are accounting for a large capacity addition over recent past, THF consumption for PTMEG applications is likely to balance the overall supply-demand scenario in coming years,” says the analyst.

2-MeTHF holds the promise to provide a sustainable/green alternative as an industrial solvent, over conventionally popular but relatively non-sustainable solvents such as THF. 2-MeTHF is derived exclusively from renewable resources such as the likes of bagasse and corncobs, and thus reportedly offers a dual benefit – both in terms of sustainability and economic pricing.

The global THF market, being a highly consolidated landscape, continues to witness dominance by a few manufacturing leaders. Product innovations remains a key developmental strategy of competitors over coming years. Prominent THF suppliers serving spandex industries are likely to maintain their focus on the superior quality of tetrahydrofuran that plays a decisive role in the final quality and characteristics of spandex.

The global THF market report offers extensive company profiles and an insightful data drawn from the competitive strategic tracking analysis. PMR analysts have considered established as well as emerging players in the global landscape of tetrahydrofuran, a few of which include